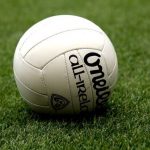 Donegal GAA have confirmed that all scheduled club fixtures will go ahead this weekend, including Naomh Colmcille's game with Fanad Gaels.

The Newtowncunningham club had announced the suspension of all club activity as a precautionary measure following a challenge game last weekend against Derry side Glack.

Glack are one of several clubs that have ceased activities as a precaution following a confirmed cluster in the Limavady area.

In a twitter post in response to Highland Radio's tweet, Donegal GAA states there are no suspected cases of Covid in any club in the county reported to the CCC, with games due to go ahead as planned.

All scheduled club Fixtures this weekend still stand as there are no suspected cases of Covid in any club in Donegal reported to the CCC or in any of the Ulster clubs played against in challenge matches recently, an issue @officialdonegal have checked on with @UlsterGAA https://t.co/QbZnsXZTSy