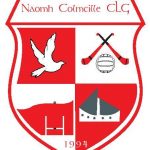 Glack is one of several clubs that have ceased activities as a precaution following a confirmed Covid-19 cluster in the Limavady area..

The Newtowncunningham based team say it is a precautionary measure and that none of their members have the virus.

The club released a statement on social media confirming their move to halt activity.

"The committee of N.Colmcille CLG has taken the decision to temporarily suspend all club activities as a precautionary measure after playing a challenge game last Saturday against Derry club Glack. Nine clubs in Derry, Glack included, have been temporarily closed this week after the Public Health Agency identified a cluster of cases of Covid_19 in the town of Limavady.
We need to point out that none of our players or members have been affected and this is solely a precaution as the health & safety of everyone is of the utmost importance and our priority.
Our club Covid Supervisor has been working closely with the Donegal County Board & the HSE today and the situation will be reviewed on Monday.
Fixtures due to be played this weekend have now been postponed."