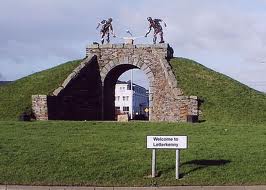 The Transport Minister is set to be invited to Letterkenny to witness what’s been described as the urgent need for investment in the local roads network.

There are on-going calls for a number of outer relief routes around the town with the need of a long awaited Bonagee Link road said to be proven further last weekend due to 'gridlock' along the main thoroughfare into Letterkenny.

Cllr Michael McBride believes a new Government presents an opportune time to highlight the infrastructure deficiencies in the town and surrounding area.

To that effect, Cllr McBride says Minister Eamon Ryan should pay a visit: