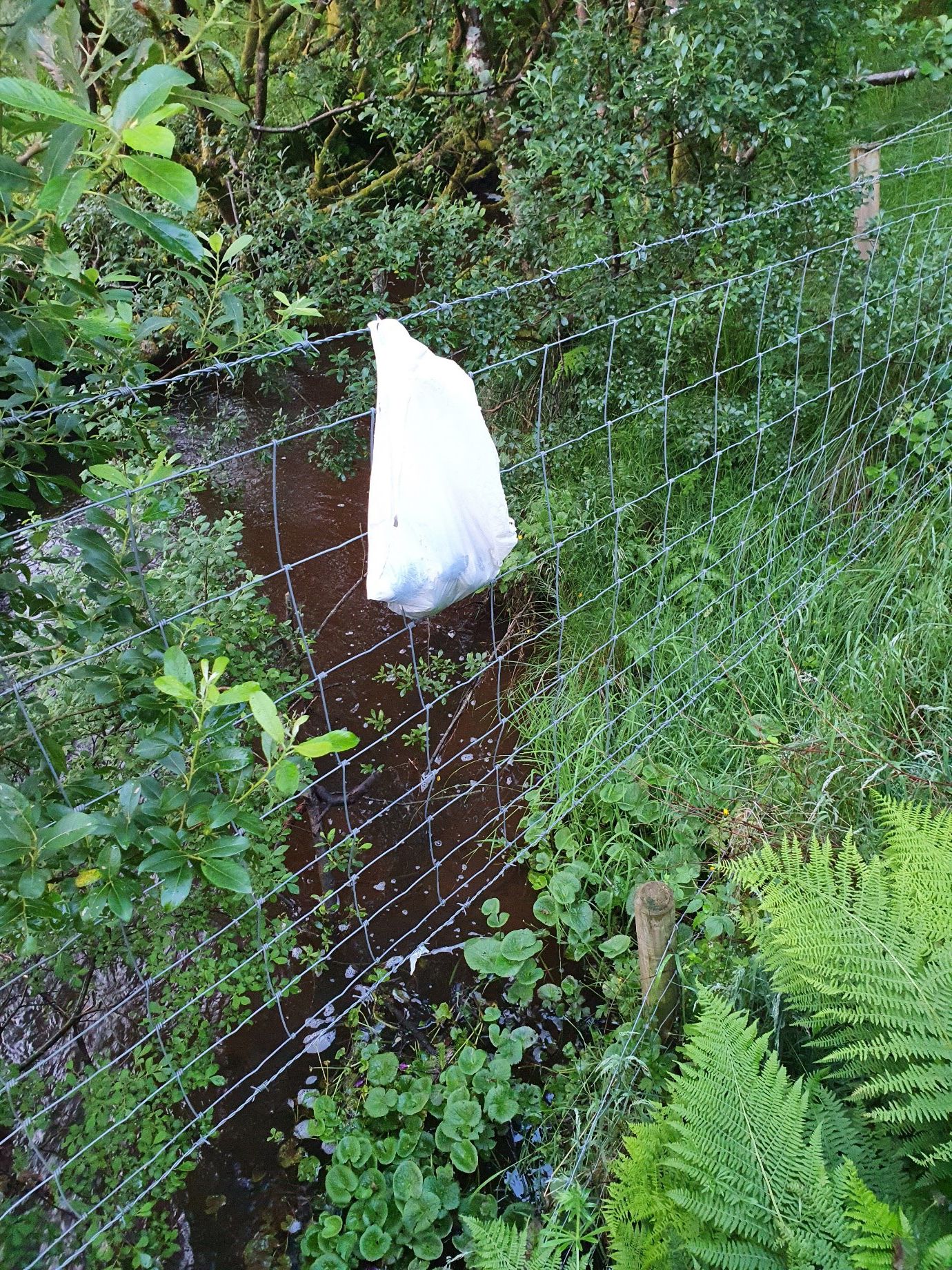 The discovery was made near Drumkeen, on the Ballybofey to Letterkenny route shortly before 9pm on Wednesday.

Smyth’s Veterinary Services received a call from a concerned member of the public about what they thought was kittens abandoned in a bag, near the crossing of a river that was inaccessible.

Alexander Smyth, Director of Veterinary Service was at the scene shortly after receiving the call.

On arrival, Alexander found a plastic bag hanging from a strand of barbed wire at the top of a fence and proceeded to perform a specialist rescue, knowing that if the bag became detached or ripped, whatever was inside would almost certainly drown in the fast-moving water.

It was only then that he discovered three new born collie puppies; deliberately dumped in the plastic bag and tossed towards the river, to be drowned.

The puppies were immediately removed to safety and treated for hypothermia, hypoglycemia and hunger by the veterinary team who were on standby. The vulnerable puppies were no more than seven to ten days old.

ISPCA Senior Inspector Kevin McGinley said: “It is disturbing how anyone could be so cruel and heartless, to put three vulnerable little puppies in a plastic bag leaving them to dangle over a river to an inevitable death. There is just no words. These three puppies are lucky to be alive thanks to the kind-hearted member of the public and to Smyth Veterinary Services for rescuing them. It’s unclear how long the puppies were there, but they are now receiving round the clock care at the ISPCA Animal Rehabilitation Centre. The situation could easily have been avoided if the puppies’ mother had been spayed or if the dog’s owner had contacted the ISPCA for help. Spaying and Neutering is the obvious solution in preventing unwanted puppies from being born in the first place”.