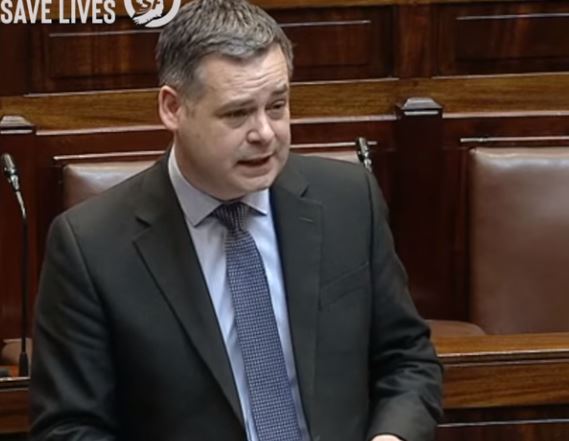 A Donegal Deputy is urging the Taoiseach to act over revelations from the Central Bank that banks were not required to charge additional interest on payment breaks during the pandemic.

It's after a meeting between the heads of Ireland's banks and the previous Government suggested there was a requirement by the financial regulator to do so.

The details were obtained by the Business Post under the Freedom of Information Act.

Speaking in the Dail last evening, Sinn Fein's finance spokesperson and Donegal Deputy Pearse Doherty asked the Taoiseach how he's going to proceed with the matter:

Responding, Michael Martin says the Finance Minister will be assessing the statement from the Central Bank further and will then be determining the next course of action: