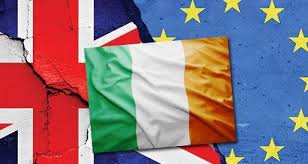 The draft agreement on Irish food and live animal exports will come as a relief to farmers, according to the IFA.

Ireland has reached a deal with the EU on the exportation of food and live animals through the UK post-Brexit.

The agreement, which is subject to the approval of member states, will mean hauliers of such produce will be able to access "green lanes" when travelling through British ports to Continental Europe.