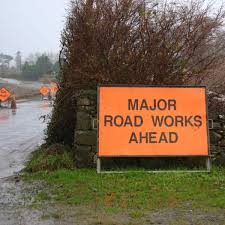 A Glenties area councillor says he will oppose a plan to close part of the road between Dungloe and the Doochary turnoff for nine months.

The proposal has been made by the contractor which is carrying out the works at present.

Diversions have been identified, but Cllr Michael Cholm Mac Giolla Easbuig says they are on small back road which he doesn't believe can handle the traffic volumes it would cause: