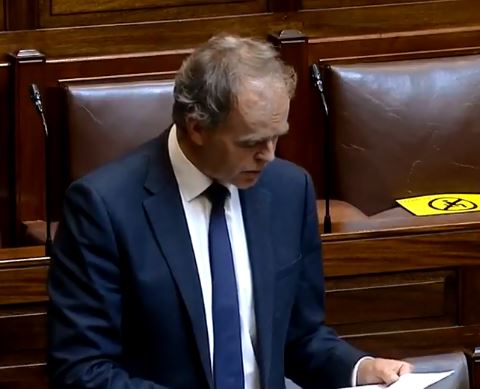 Donegal Deputy Joe McHugh says he was offered a junior ministry by Taoiseach Michael Martin, but made it clear he was interested in specific roles which are of importance to the North West.

When they were not forthcoming, he says he declined the ioffer, believing that he can serve his constituents from the back benches.

He has asked to be made chair of a key European committee.

In a wide ranging interview this evening, Deputy McHugh told Highland Radio News he believes Deputy Charlie McConalogue will be appointed as a junior minister this evening.

Deputy McHugh began by outlining why he had rejected that offer that was made.......