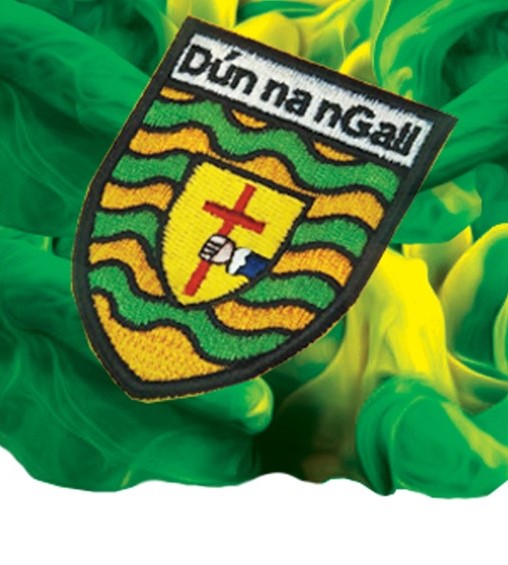 The Donegal GAA team and management will host a charity event in July to raise funds for ten-month old baby Olivia ‘Livie’ Mulhern. Livie was recently diagnosed with a rare and serious genetic neuromuscular condition called Spinal Muscular Atrophy (SMA) and needs urgent surgery in the US, costing over $2,100,000.

Over the next few weeks, the charity fundraiser will encourage members of the public to donate to Livie’s cause by sharing images of their favourite landmarks on Instagram using the hashtag: #Love4IrelandLove4Livie, while donating €5 and tagging five others to do the same. The campaign launched this week and will culminate in a charity cycle by the Donegal GAA players on Sunday, 19th July.

Eoghan Bán Gallagher is one of the players organising the event: “As well as the social media campaign, we’re hosting a charity cycle where players will set off from nine different locations and cycle to Ballybofey. We’re timing it so we all arrive in McCumhaill Park at roughly the same time. Between us, we plan to visit all 39 Donegal GAA football clubs on the day, meet club members and players, while adhering to “Safe Return” protocols, before getting back on our bikes”.

County teams’ pressurized schedules don’t normally allow time for charity events, and Eoghan Ban says the team is looking forward to doing what they can: “Given we aren’t playing football at the minute, we wanted to do a once-off charity event as a group and we’re inviting each club to join in our fundraising efforts. We will be contacting them directly in the next week or so to see how they can get involved on the day. We also plan to host an online auction to help raise whatever we can for Livie and her family.”

Livie’s parents Keith and Karen are working closely with the Donegal GAA on the charity event: “We’re so grateful to the Donegal squad and management for supporting our daughter.” Keith said. “We desperately need to raise funds for Livie and have been overwhelmed by the support to date. Spinal Muscular Atrophy (SMA) is caused by a gene deletion that causes deterioration of the nerve cells connecting Livie’s brain and spinal cord to her muscles. There is no cure and Livie has the most severe type, so our best hope is a one-off gene treatment, currently only available in America, which costs over two million dollars. But time is not on our side and Livie is against the clock because this treatment is only available to children under two years old”.

Earlier this week, Livie’s campaign benefitted from an incredible gesture from another family fundraising for their son Dan, who also has SMA. The Donoher family in Laois launched the “Do It For Dan” campaign in March and reached their target in a matter of weeks, only to learn the heart-breaking news that their son Dan is no longer a candidate to receive the treatment. They have now pledged €1million of the money raised for Dan toward the cost of Livie’s treatment and Keith and Karen say they cannot thank them enough: “Our hearts go out to Niall, Aisling and little Dan Donoher following their pledge to help Livie. It shows just what incredible people they are, that they would look to help others so soon after what they have been through”.

“We are still a long away from raising enough funds to pay for Livie’s treatment”. Keith said. “Our GoFundMe donations to date stand at over €550,000. Once we raise the rest of the funds, we will finally be able to pay for Livie’s treatment, Zolgensma, and give our daughter the greatest chance at life. The generosity of the Donohers and Do it for Dan restores our hope that we may actually get there. We are praying that Niall and Aisling’s generosity will inspire others to help give a better life to Livie. Our dream is to put 2,000,000 candles on Livie’s first birthday cake on the 26th August and get her the treatment she needs.”