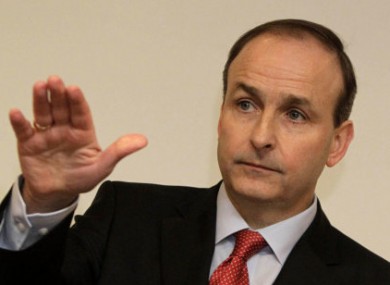 Fianna Fáil leader Micheál Martin has been elected Taoiseach by the Dáil.

93 TDs voted in favour of his appointment - all of Fianna Fáil, Fine Gael and the Greens as well as 9 independent TDs.

Micheál Martin is now traveling to Áras an Uachtaráin where he'll be given his seal of office by President Higgins.

The new Taoiseach will take up his office in government buildings and begin appointing Ministers.

In an emotional Dáil speech Micheál Martin said he would not have achieved anything without his family: