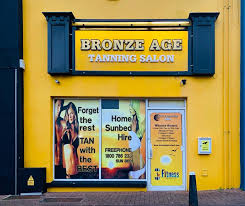 A business owner in Letterkenny has defended keeping his tanning salon open after a last minute change to Government guidelines.

Tanning salons initially reopened on Monday as part of Phase Two but were advised later that day by the Department of Health to shut their doors again until June 29th.

Owner of Bronze Age Tanning in Letterkenny Bernard Gibbons says he has gone to great lengths to ensure that there are adequate safety measures within his premises and decided to stay open this week despite the change in date.

After visits from the Gardai, Mr Gibbons  says he may to consider closing again but says he wants clarity from the Health Minister as to why: