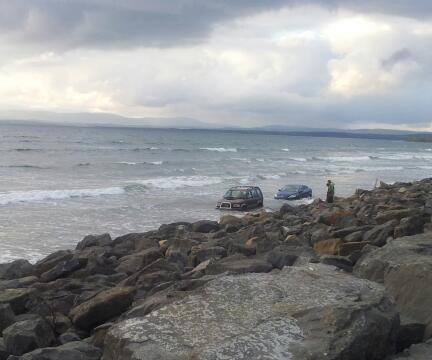 There are calls for cars to be banned on Rossnowlagh beach in south Donegal.

Crowds flock to the amenity every year during the good weather however there are health and safety concerns over the influx of cars onto the beach, with few said to be using the nearby car parking facilities which are available.

A petition calling for the ban has already gained a lot of traction online.

Local Cllr Barry Sweeney says there are mixed views about the potential move locally but also says there is an alternative solution that could be considered: