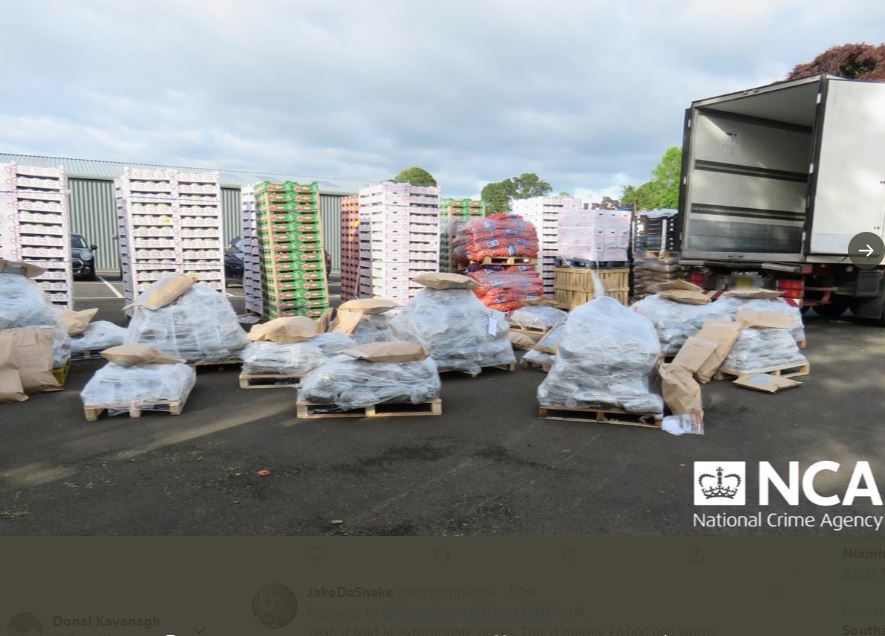 Three men from Tyrone, Derry and Armagh have been arrested following what's been described as the biggest ever drug seizure in Northern Ireland.

The PSNI and the National Crime Agency recovered 600 kilos of cannabis from a lorry in Templepatrick, Co Antrim, early yesterday morning. The haul has an estimated street value of between 10 and 12 million pounds.