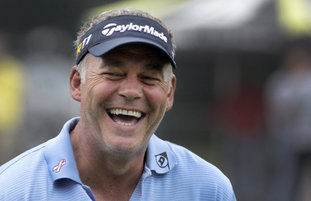 Europe's 2016 Ryder Cup captain Darren Clarke has become the latest voice to call for this year's Ryder Cup to be pushed back to next year.

Rory McIlroy and Brooks Koepka had previously called for the competition to be pushed back until 2021 but the European Tour say it's still set to be played this year.

The team event, which is due to be played at Whistling Straits in September, would likely take place behind closed doors.

Clarke has told the McKellar Golf Podcast that he wouldn't want to compete in a Ryder Cup without fans in attendance...