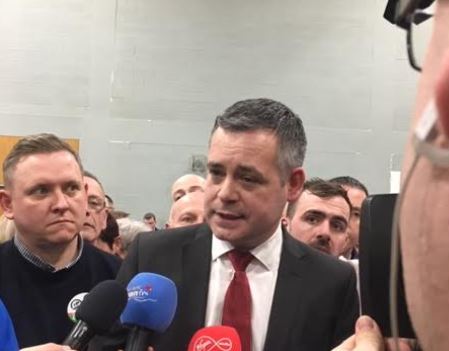 Donegal TD Pearse Doherty doesn't know if he would have joined the IRA during the Troubles had he been old enough.

The Sinn Fein Finance Spokesperson says he hopes he would have had the courage to stand up for his community against the British Army if he was living in Derry during the 1970's.

Over the weekend, party leader Mary Lou McDonald told the Sunday Independent there would be "every chance" she could have joined the IRA had she been raised in the North.

Deputy Doherty is unsure if he would have done so........