With an increase in the number of people now back at work as the country entered Phase 1 of the Government’s plan to ease COVID-19 restrictions, an analysis of traffic patterns has seen significant increases in on main routes across the country.

An analysis of TII data this week shows that between Letterkenny and Lifford, more traffic was recorded on Monday, Tuesday and Wednesday than during the whole of last week.

Last week, Transport Infrastructure Ireland recorded 7,185 vehicles on the N14 linking Lifford and Letterkenny. That was an increase of just over 37% on the figures recorded in the first week of restrictions.

On the first three working days of this week, 7,726 vehicles were recorded on the route, a 12.8% increase on last week.

That's the lowest week on week increase registered in the country, with a national average increase of almost 28%.

However, the percentage of traffic volumes compared to the same period in 2019 was 61.5%, the second highest in the country.

AA Ireland says as more and more businesses reopen, we can expect to see these routes continue to get busier, but we won’t truly know how COVID-19 will shape future commuter behaviour until we get into the latter phases of the Government’s plan. 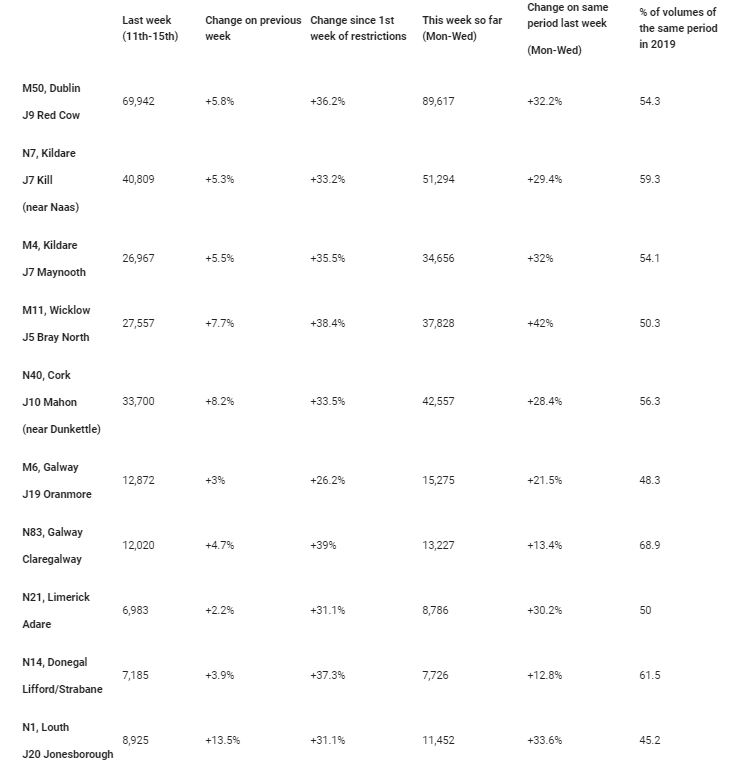