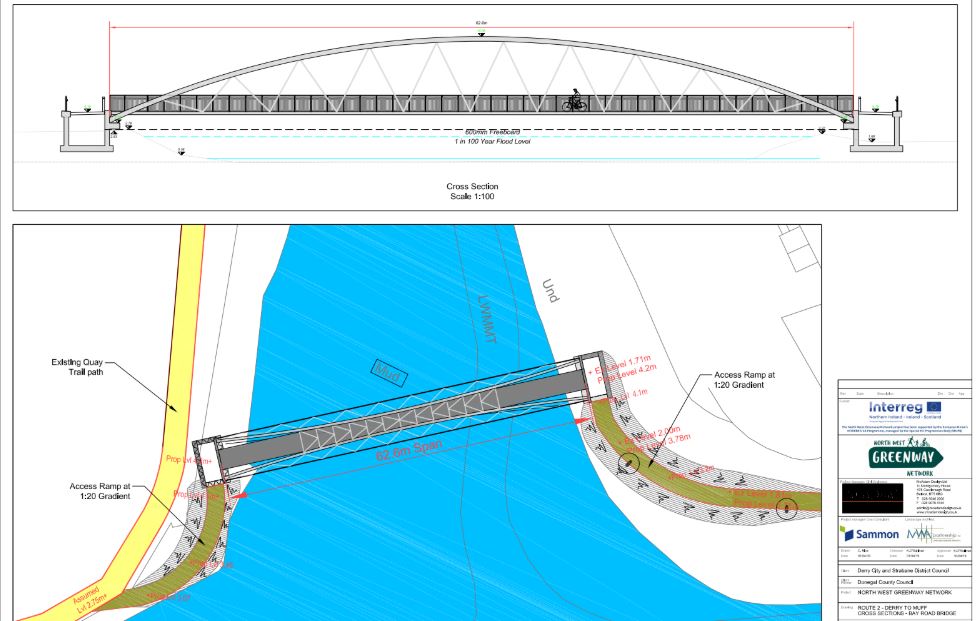 The Communications Officer for the North West Greenway project says cycling directly from Inishowen into Derry City Centre would be unheard of - until now.

Yesterday it was announced that a planning application has been lodged which would see the construction of a new shared 62-metre long cycle and footbridge between Donegal and Derry.

It's understood that planning has already been approved on the Donegal side with hopes work could begin at summers end.

Ronan Gallagher says the project has the potential to be a real game changer: