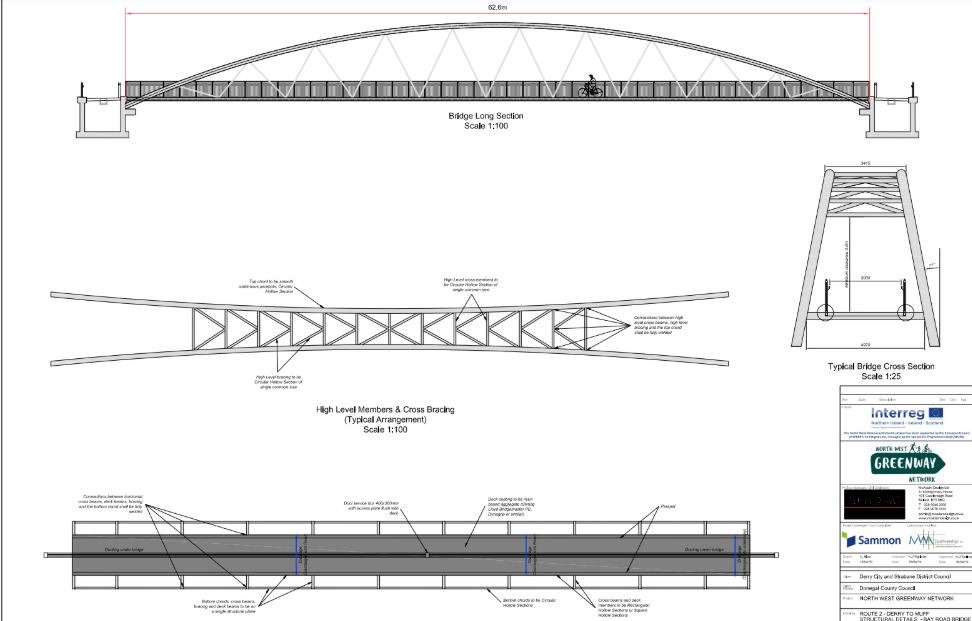 A planning application has been been lodged which would see the construction of a new shared 62-metre long cycle and footbridge between Donegal and Derry.

The proposed bridge would span an intake of water near the Fort George site, expanding the Quay Trail into Bay Road park.

The planning application was received by Derry City and Strabane District Council's Planning Service on the 11 March and is in the early stages of consideration.
The proposed bridge will provide a link from the city centre to Muff in Donegal.

It is part of the wider North West Greenway Network project which aims to develop 46.5km of cross-border greenway, including: Derry-Buncrana, Derry-Muff, and Lifford-Strabane.
Funding for the project has been provided through the EU's INTERREG VA programme, managed by the Special EU Programmes Body.