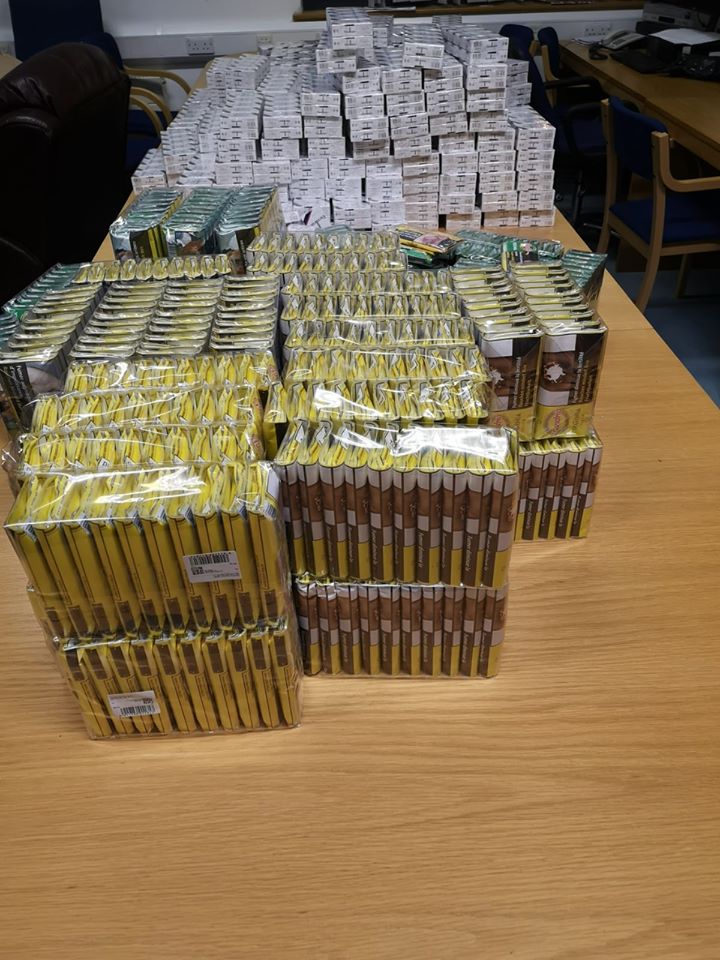 Last night, Gardaí from Ballyshannon Garda Station assisted by members of the Armed Support Unit carried out a number of searches in the Ernedale Heights area of Ballyshannon, County Donegal.

During the course of these searches, approximately 60,000 counterfeit cigarettes along with several kilograms of other tobacco products were seized.

Gardai say no arrests have been made.

An Garda Síochána are liaising with Revenue and a joint investigation is underway.