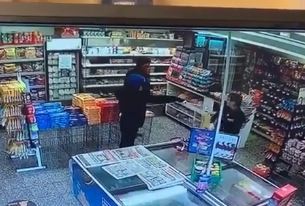 Detectives investigating an attempted armed robbery at a shop in Strabane yesterday have arrested a 16-year-old male on suspicion of attempted robbery.

He remains in custody this morning.

Police continue to appeal for witnesses to the incident which occurred shortly before 2pm yesterday.

It was reported that two males, both described as being aged in their mid to late teens wearing dark-coloured clothing and of a slim build, entered the commercial premises at Lisnafin Park in the town, one of whom was armed with what is believed to have been a knife, and demanded money from the lone staff member.

The perpetrators, however, left empty handed and fled from the shop.

Detective Sergeant Richard Donnell is appealing to anyone who has information which may help the police investigation to call detectives at Strand Road on 101.