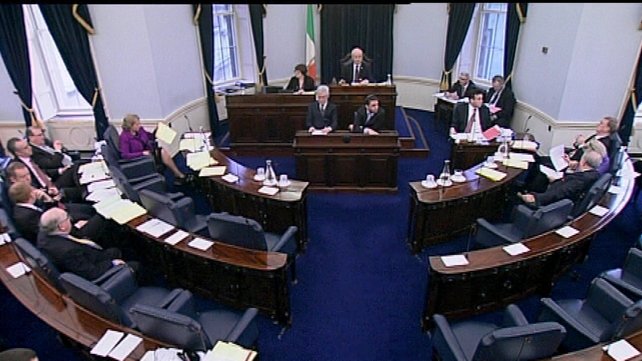 There's a constitutional crisis brewing for the government as it's been confirmed no new laws can be passed after Sunday.

The Seanad is made up of 60 members.

49 of those are elected - and 11 are appointed directly by the Taoiseach.

But Leo Varadkar doesn't have the power to do that as outgoing Taoiseach.

The Ceann Comhairle Sean O Fearghail has been given legal advice saying that without those 11 Taoiseach's nominees, the new Seanad cannot sit after it's elected next week.

That means no new laws can be passed.

With the Coronavirus prompting an unprecedented response from the government and new further legislation possibly needed, it puts a huge spotlight on government formation talks.

Because it now looks like a new Taoiseach, and a new government, will be needed after Sunday if any new laws are to be passed.