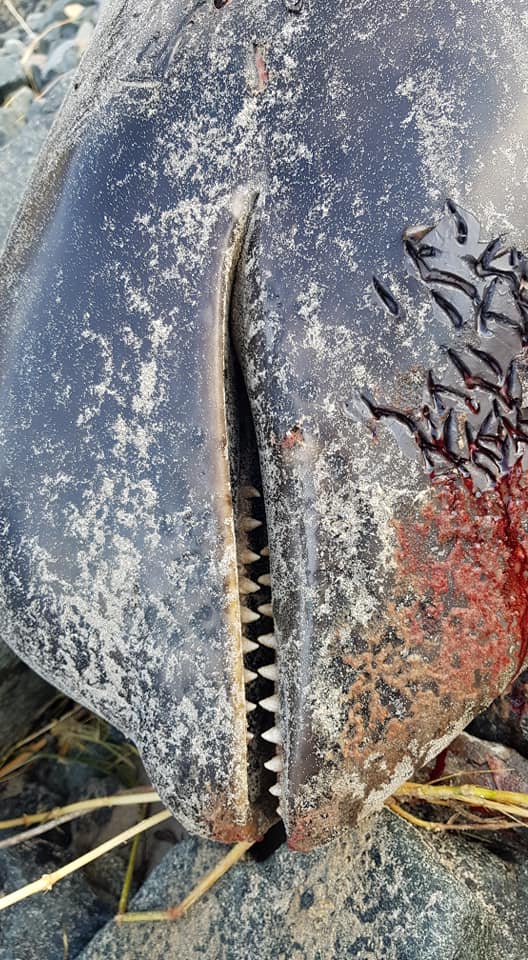 Two more pilot whales have been found washed up on shores in Donegal.

An adult whale has been discovered on the mouth of the Ballyshannon River and a Juvenile Male Pilot whale at Hornhead.

Its after two Long Fin Pilot whales were found stranded in the county last week.

One was a Juvenile male and while the cause of death is currently unknown a reasonable sized bruise on its forehead and some skin deep scrapes and scratches were noted.

And another juvenile male long fin pilot whale was found in a bad condition in South Donegal.

The Donegal Irish Whale and Dolphin Group says there are quite a few strandings at the moment and is appealing to people to report any sightings.