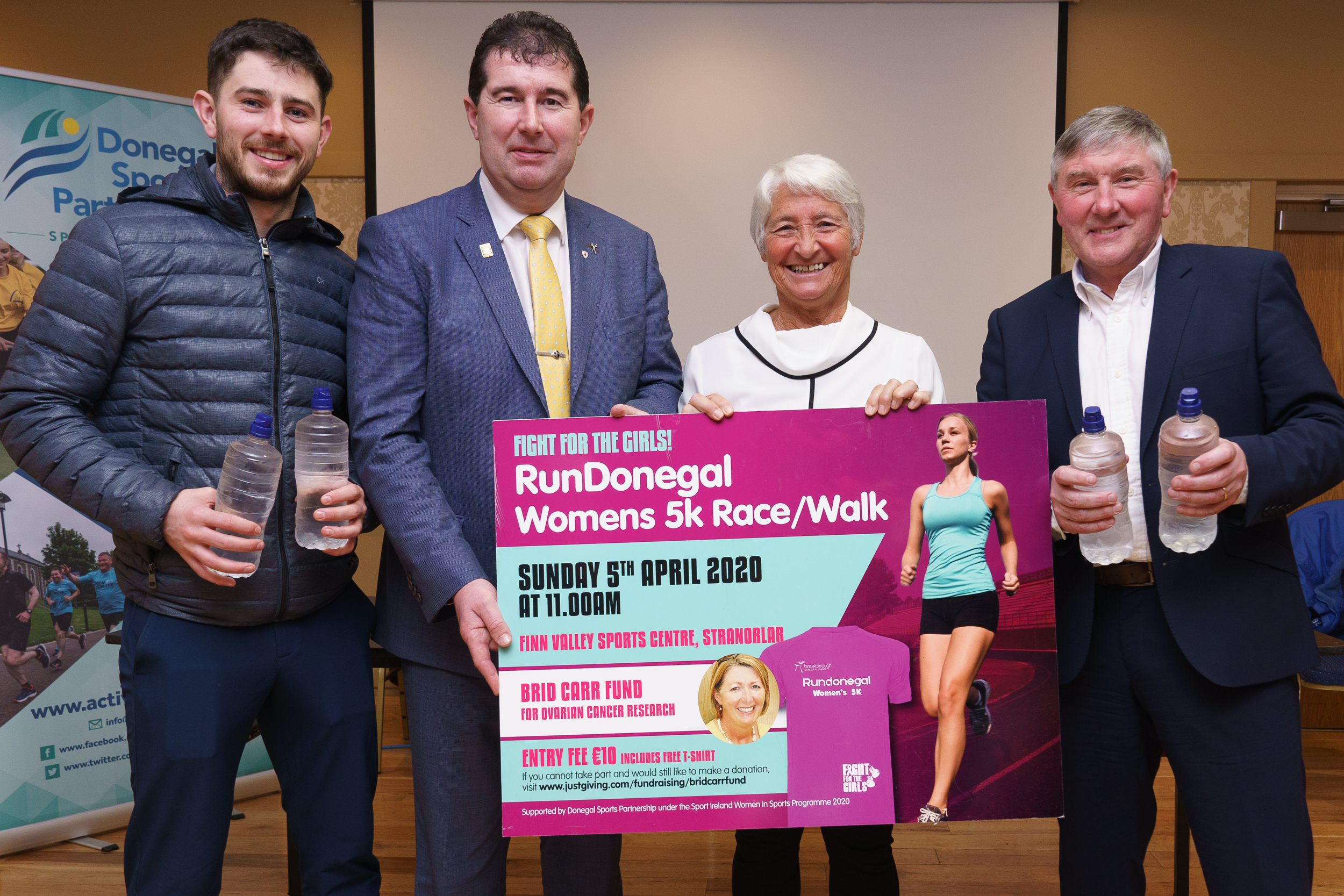 Speaking about the decision to move the date of the race back, organiser Grace Boyle said: “Given the way things are at the moment with the threat of the coronavirus, we thought it best to make a decision early to defer and rearrange it for a date later in the year.

“We met over the weekend and had a good look at the fixture calendar. While there is no shortage of races once again on the Donegal grand prix series, we have opted for the second Sunday in August which was a race-free day.”

The high-profile annual event, which has attracted fields of up to 700 in recent years, was launched last Monday evening in Stranorlar by President-elect of the Ladies Gaelic Football Association, Cllr Michael Naughton.

The proceeds from the 2020 RunDonegal Women’s 5K will go to the Brid Carr Ovarian Cancer Research Fund. Brid, a native of Glencolmcille and a nurse based in London, died in 2014 aged 54.

The race starts and finish at the Finn Valley Centre in Stranorlar and will have an 11 am start. Entry fee is €10.