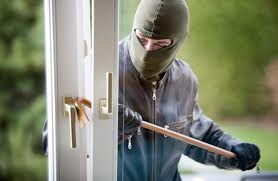 An investigation is continuing after two men tried to force their way into an elderly man's home in Manorcunningham.

The incident happened on Wednesday last around midday.

A woman was at home with her elderly father when she heard a bang on the front door.
She initially thought it was someone due to read the electricity meter and went to fetch a stool for him to stand on.
The woman then heard her Father shouting and rushed into the front room.

Sgt Eunan Walsh says this was a very disturbing incident and is urging anyone with information to come forward: