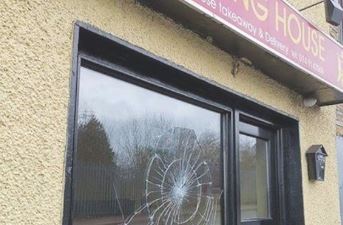 Concern has been raised over what's been described as an increase in anti-community activity in Lifford, after damage was caused to a local Chinese takeaway for the second time.

The front window at the Peking House in the town was smashed over the weekend and was subject to a similar act of vandalism on a previous occasion.

An investigation is continuing into the attack with any witnesses urged to come forward.

Cllr Gary Doherty says the people of Lifford don't want this type of behaviour in the town: