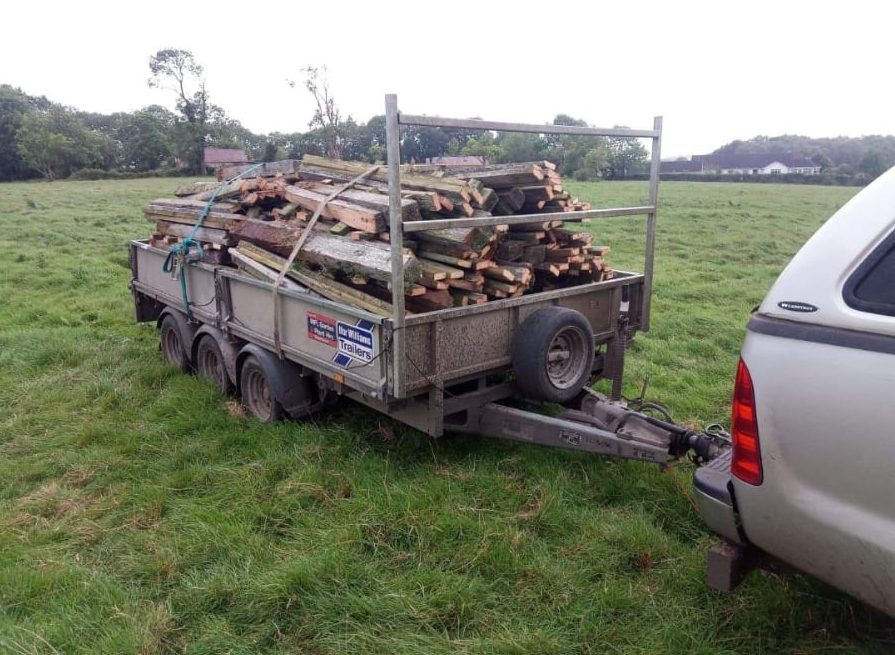 Gardai have launched an investigation following the theft of a trailer in the Glenties area on February 20th.

Its believed the trailer which Gardai say is very distinctive was stolen between 6:30pm and 7pm and driven away by a White, long wheel base, Hi Top Ford Transit van with a red and yellow reflective strip on the rear door.

The trailer had red and blue stickers with MFL Plant Hire printed on them attached to either side of it as well as an orange and yellow reflective strip on the tail door.

The trailer is believed to have some damage to it on the front left side crib.

It is believed that the offending vehicle drove towards Maas Junction following the theft.

Gardai are keen to speak to anyone who was driving on the N56 on the evening of February 20th between Dungloe and Donegal Town between 6.30pm and 8pm and who saw the Transit van towing the trailer.

Anyone who has any information relating to the theft or the trailers whereabouts is asked to contact Ballyshannon Garda Station.