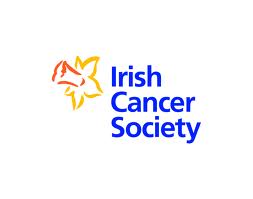 A District Court judge has accused the Irish Cancer Society of “laxity” as he convicted a woman of collecting for the Society without a permit and keeping the money for herself, over a period of six years.

Judge Kevin Kilrane asked that gardai contact the Society to convey the court’s “displeasure” at the “laxity of the arrangement between the Society” and 65-year-old Teresa Rappa, Silverwood, Ballybofey who was selling daffodils since 2013 but was keeping the money for herself.

Judge Kilrane said there “should be vetting of personnel for the selling of daffodils”.

He added that there should be some enquiry into the history of those who are selling daffodils.

“Who could not support cancer as it pulls at the heartstrings and there is hardly a person in this court room that has not been affected directly or indirectly and everyone opens their purse and contributes.

“But who is the real culprit?

“Why don’t people ask see permits from the person who is selling and this case before the court has been going on for years.

“Some people are very decent, and this lady was pocketing as a result.”

The pensioner pleaded guilty to a charge of holding an unauthorised collection at the Diamond, Donegal Town on February 22 last year, at Donegal Town District Court.

She also pleaded guilty to acting as a collector while she did not have authorisation.

Sergeant Oliver Devenney told the court the defendant was apprehended by Garda Doherty while selling daffodils for the Irish Cancer Society on the Diamond in Donegal Town on the date in question.

The garda established that the defendant had no permit and that no monies had been handed over to the Society.

Defence solicitor Rory O’Brien said his client was a seperated mother-of-six, who was living in Malta, with no previous convictions, had major difficulties with alcohol and she had been giving some of the money to an ex- partner who was now deceased.

Mr O’Brien said a sum of €1000 was in court for restitution which was put up by a neighbour who was a different Mr O’Brien and who was kind to the pensioner.

The solicitor said it was a “very serious set of circumstances”

Judge Kilrane said the court had variations on this matter in the issue of the ‘The Big Issue’ recently where fraud was facilitated, and it was not the fault of ‘The Big Issue’.

The judge said some individuals were selling these books outside of banks and Post Offices and were pocketing the price of €1.40.

Teresa Rappa told the court she was “not doing it any more”.

She said she had been giving the money to her partner who was dead and also paid some back to the Society.

“Dead men don’t talk so we can’t hear from him”. The judge remarked.

“You are at fault and you pocketed the money.

“And if you are telling me lies, you will go to jail.

The defendant she could not remember the account she paid some of the money into.

Sergeant Oliver Devenney told the court that some money was lodged into the Irish Cancer Society in 2013 but there was nothing since.

The defendant was fined €300 on the charge of holding a collection without authorisation.

The related charge of acting as a collector when she did not have authorisation was taken into consideration.

When the €1000 was handed into Court, the court directed that €700 be paid to The Children’s Hospital in Crumlin and the remainder would be used to pay the fine.