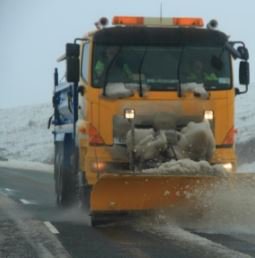 Donegal County Council has stated that all major routes have been gritted from 5am this morning however one of their lorries has broken down resulting in roads around Dungloe, Burtonport and Loughanure going untreated.

They are advising that these routes will be slippy and for motorists to take extra care.