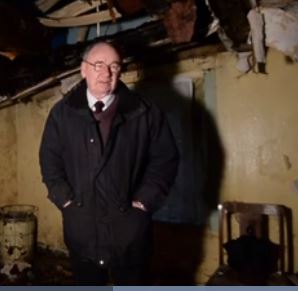 Mr Brennan served in the Glenties Electoral Area for nine years. He was selected by Fianna Fail in late 1990, and formerly co-opted onto the council in January 1991.

He was the son of Donegal TD Joe Brennan, a former Minister, Ceann Comhairle and Deputy Leader of Fianna Fail. Mr Brennan was an auctioneer and estate agent, and in recent years, was instrumental in the restoration of The Laurels, the cottage which was the setting for Brian Friel's 'Dancing with Lughnasa'.

Among those paying tribute this morning was Fianna Fail Cllr Anthony Molloy..............