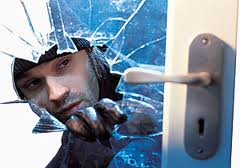 Gardai in Inishowen are investigating an attack on a house in the early hours of last Friday morning.

In what's being treated as a case of mistaken identity, two masked men brandishing axes broke into a house in which two men, one aged 20 and the other aged 21 were playing video games.

The men shouted "last warning" as they entered the house. The occupants ran upstairs and locked themselves in an en suite before gardai arrived.

Tanya is the mother of one of the two young men in the house. She says the en suite is behind a wardrobe, so the walls are extra thick. This, she believes, is what saved her son and his friend.......