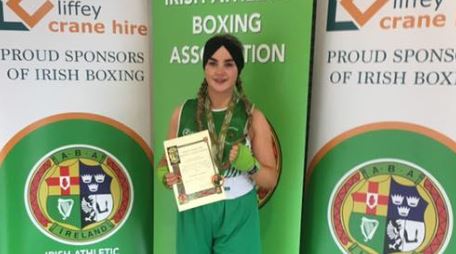 Raphoe ABC's Leah Gallen won the Irish U-18 boxing title on Friday night after she defeated Shelby Myers on a split decision.

It is the European bronze medalists sixth Irish title of her career and the win see's her advance to the European Championships later in the year.