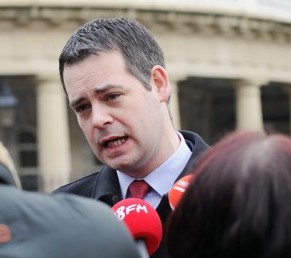 Sinn Fein has written to Virgin Media objecting to a head to head debate between the Fianna Fail and Fine Gael leaders on Wednesday.

Director of elections Pearse Doherty says the two parties received less than 50 percent of support in the last election.

He added how Virgin Media can justify excluding Sinn Fein from the debate is beyond him and he's calling on the broadcaster to reverse the decision.

October 25, 2020
A thousand and twenty-five new people have tested positive for Covid-19, in the latest official figures for the Republic. No more patients are known to...