Figures published by the Irish Nurses and Midwives Organisation figures show over 53 thousand people were awaiting hospital beds over the course of 2020, 1,504 of them at Letterkenny University Hospital.

The Covid 19 pandemic saw the figures drop substantially after March.

January and February saw 392 and 352 respectively, while April's figure was zero.

Figures were in the low double digits over the early summer, but started rising again, with 188 in October, 99 in November and 128 in December.

Sligo University Hosptial was one of the six highest in the country, with 2,530 waiting this year compared to 4,967 in 2019.

The INMO says such overcrowding poses an infection control risk which the union is describing as "unacceptable". 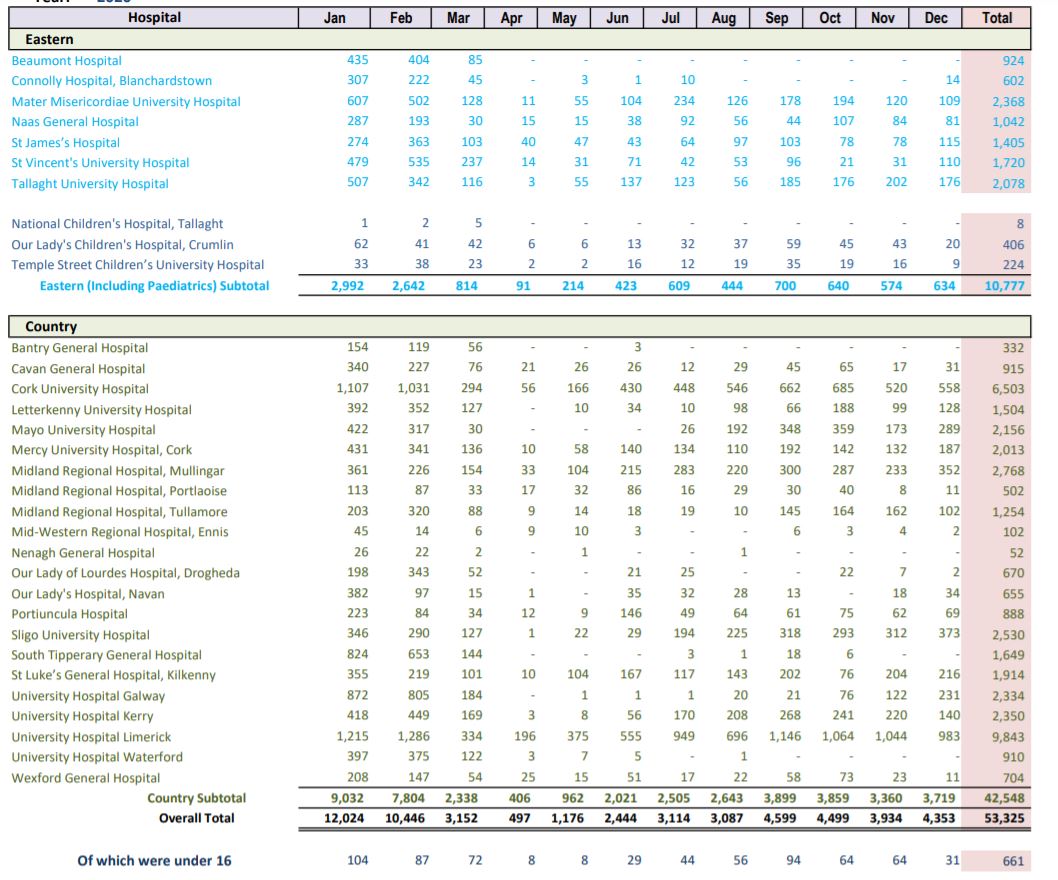