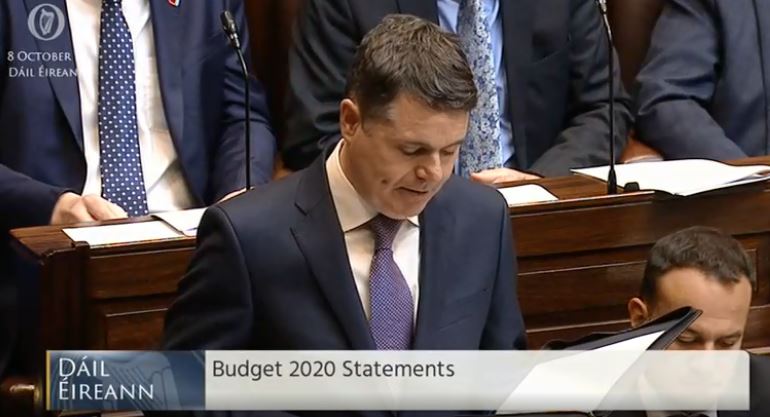 Paschal Donohoe has announced a 1.2 billion euro budget package to prepare for a no-deal Brexit.

It forms the major part of Budget 2020 along with carbon tax increases and a large jump in the health budget.

There won't be large tax cuts or welfare increases.

The budget includes funding to protect businesses, agriculture and tourism if the UK crashes out of the EU.

Other environmental taxes announced too including a charge on new cars:

A record budget for health with more home help hours

50c extra tax on a pack of cigarettes

But no mention by Paschal Donohoe of a rise in the minimum wage which had been expected. 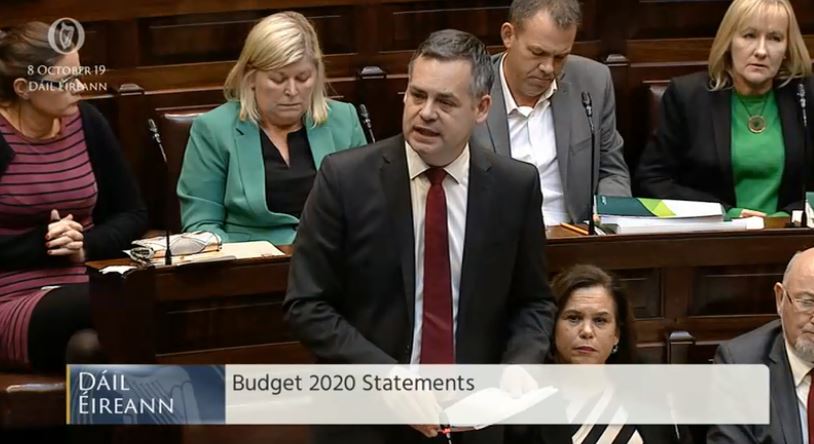 Speaking following the Budget announcement, Sinn Fein Finance Spokesperson and Donegal Deputy Pearse Doherty said the Government has underestimated the economic challenges that could be faced in a no deal Brexit scenario: