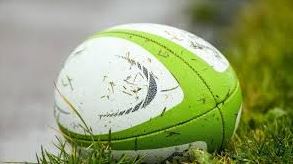 City of Derry have lost their opening game in the AIL Division 2C after they were defeated 19-18 by Bruff.

City of Derry led with just a few minutes to go but Bruff scored a late try that was then converted to snatch the win from City of Derry's grasp.

Elsewhere in Division 2C Omagh played out a 13-13 draw with Clonmel.