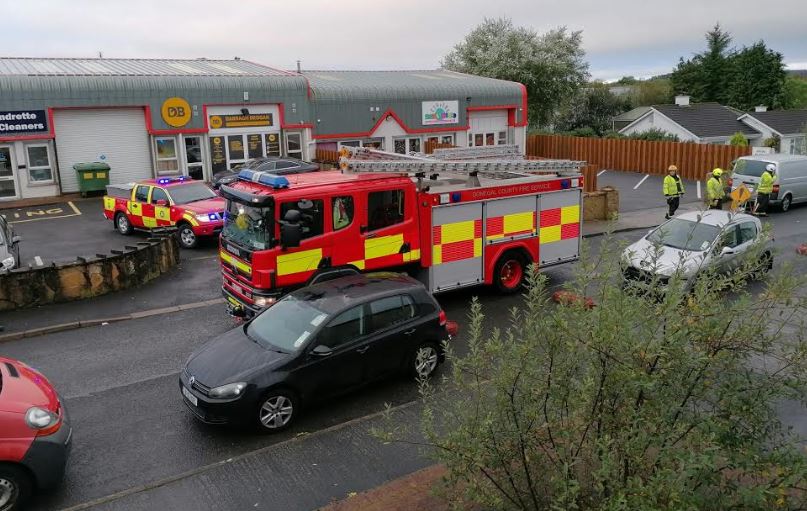 Donegal Town and the surrounding areas have escaped a significant threat of more flooding.

A number of properties have been damaged by overnight flooding and there had been a heightened risk of the area being hit again with high tides this morning.

It's understood that a major operation with a number of relevant bodies prevented any of the water from entering homes and businesses.

Director of Economic Development and Emergency Services at Donegal County Council Garry Martin says the worst is over with attentions now turning to helping those who have been impacted:

Donegal County Councils response to a substantial flooding incident in Donegal Town following on from #StormLorenzo has been scaled back from 12 noon today.

Donegal County Council Fire Service responded to an initial call out at 5.40am this morning at New Row in Donegal Town where 1 no. house and 4 no. commercial premises were affected with flooding. Further properties in the Brookefield (5 dwellings) and Clarendon Drive (6-8 dwellings) areas of the town were also affected by flooding as was a green area at St. John Bosco Centre at Drumrooske in Donegal Town.

Fire Brigades from Donegal Town, Ballyshannon, Killybegs, Stranorlar, Glenties and Letterkenny responded while Bundoran Fire Brigade responded to a flooding incident in the Bundoran area. There were also isolated flooding incidents in Ballintra, Laghey and Frosses. Donegal County Councils Roads crews also responded with 2 no. high volume pumps and sandbagging in areas of Donegal Town and were assisted by Donegal Civil Defence.

Donegal County Council’s Housing Service is currently engaging with households displaced by this flooding event with a view to providing housing assistance and support were needed.

Donegal County Council would like to sincerely thank all members of the community who assisted and supported the response to this flooding incident and would also like to thank the media for their support and co-operation throughout this incident.

You can keep up to date on conditions by signing up for free alerts to your phone by registering at www.mapalerter.com/donegal or by following Donegal County Council on Facebook or on Twitter @DonegalCouncil.