There was a total of 615 people awaiting for in-patient beds at Letterkenny University Hospital during the month of September, a 22.5% increase over the same period last year.

That's below the national average of 36%.

The INMO says 10,641 admitted patients went some time without a bed in Irish hospitals in September, that's twice as many as was recorded 10 years ago. 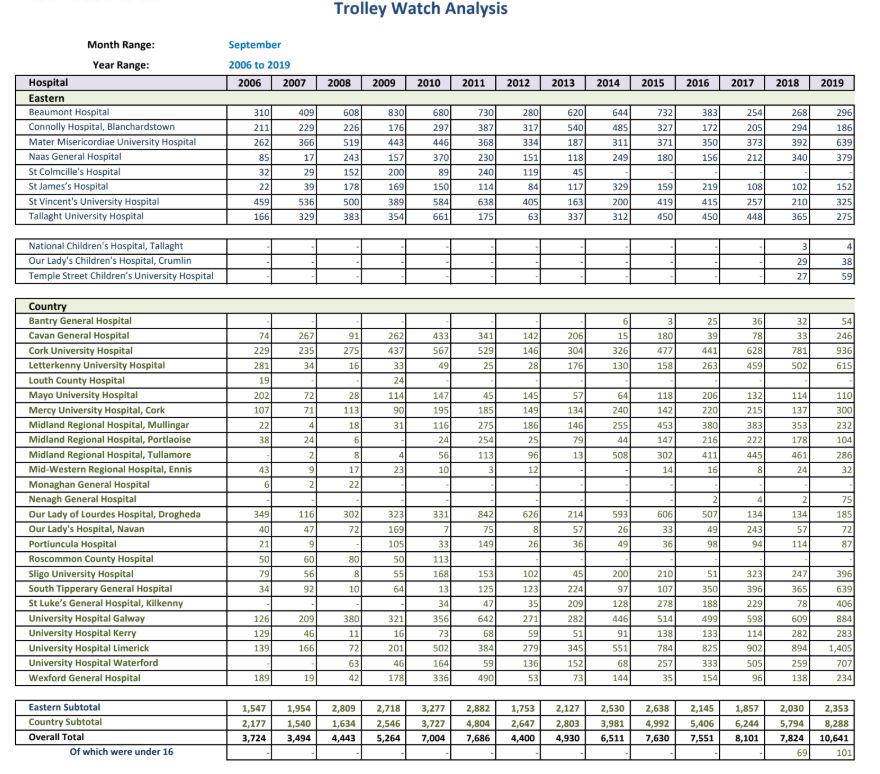 At Letterkenny University Hospital, the 10 year increase is even more stark. There were 33 people awaiting beds at various points over the course of September 2009, compared to 615 last month, an increase of 1,763%.

The INMO says the situation is placing a massive strain on its members on the frontline, and is seriously worsening patient care.