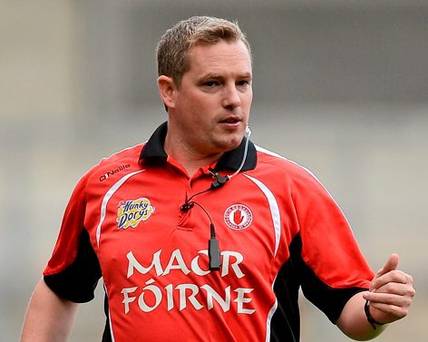 Tyrone selector Gavin Devlin has been hit with a 24-week ban by the Central Hearings Committee following an incident during an U-15 game between Tyrone and Down in July.

Devlin is accused of "disruptive conduct by a supporter not causing the premature termination of a game".

The punishment could rule Devlin out of Tyrone's 2020 league campaign but he still has the option to take the case to the Central Appeals Committee.