Gardai will 'hold off' on reorganising the border divisions as part of its new policing plan until there is more certainty over Brexit.

Garda Commissioner Drew Harris also confirmed to the Oireachtas Justice Committee that Cavan is being considered for an Armed Support Unit as part of the forces preparations for a hard Brexit.

Under the new plans, the number of divisions along the border will be reduced from four to two.

The Donegal Garda Division is to merge with Sligo and Leitrim as part of the proposals.

However, Drew Harris says they won't make those changes until situation becomes clearer: 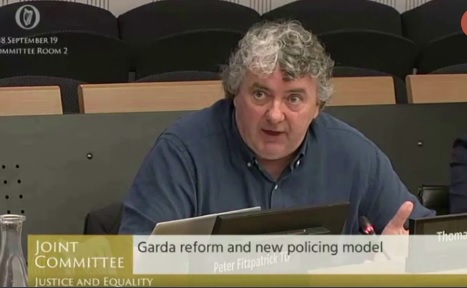 Donegal Deputy Thomas Pringle who attended the Committee today, says the lack of access to an armed support unit for the county is something that needs to be urgently addressed: