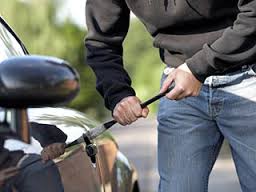 A woman has had her handbag snatched from her car while she was at morning mass in Inishowen.

The incident happened on Sunday between 9am and 9.40am at Iskaheen, Muff.

The lady had placed her handbag under the passenger seat while she attended mass but upon her return she discovered that the passenger window had been smashed and the handbag was gone.

The bag had contained a mobile phone, a Huawei P20.

Gardai are uring anyone who was in the Iskaheen area during the time that the 9am Mass was taking place and noticed any suspicious activity please contact Buncrana Garda Station on 074-9320540.

They are also asking people to be vigilant in relation to leaving items of value in their car.