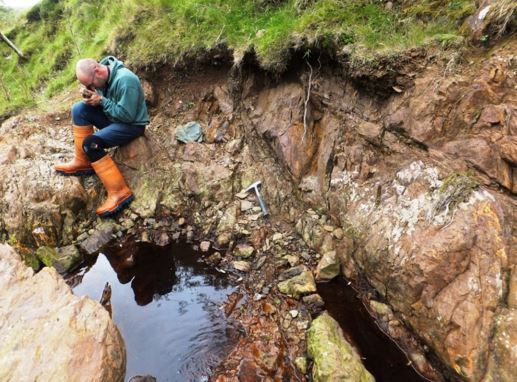 Arkle Resources, formerly known as Connemara Mining, has identified a new gold target at its Inishowen project in Co Donegal.

The company is the first known to drill specifically for gold in the area.

Drill targets were selected at the Meeneragh prospect and two phases of initial drilling were completed in 2016, which identified a series of parallel gold bearing veins.

Five additional drill holes were completed in October 2017 in order to better understand the orientation of the high grade veins intercepted in 2016 and to locate further veins noted in historic exploration, lying to the south.

Arkle Resources says the 2017 drilling has identified further narrow quartz veins in the vicinity of the high-grade intersection drilled in 2016.

To date, a total of 1113m has been drilled on twelve holes.

The focus of the project is said to have recently shifted to targets along the Glentogher Fault which runs between the Meeneragh discovery site and the early 1900s Glentogher base metal mine.