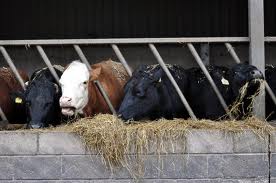 The IFA President says he is hopeful talks to resolve the beef dispute will conclude today.

Joe Healy says the ball is very firmly back in the court of Agriculture Minister and the meat processors.

The seven farming organisations proposed a fresh set of proposals to the Agriculture Minister this morning.

IFA President Joe Healy says it is the first time the groups came together since the talks began yesterday: