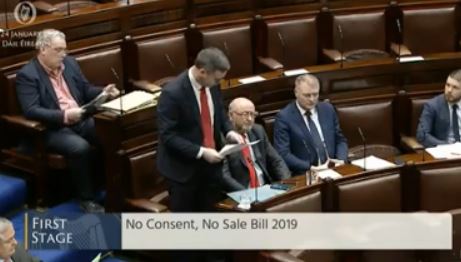 The Sinn Féin Finance spokesperson is urging people to put pressure on Fianna Fail and Fine Gael to support his No Consent, No Sale Bill, which would curtail the rights of banks sell homes to vulture funds.

Deputy Pearse Doherty says Permanent TSB’s planned sale of nearly €300 million worth of loans is unacceptable, particularly as the Government is a majority shareholder.

The Donegal TD was speaking after it emerged that 11 home repossession orders were granted in Donegal between January and June this year, nine of them relating to family homes.