Donegal had the second lowest burglary rate in the state over the past ten years, according to figures published this morning by PhoneWatch.

Dublin is the county with the most burglaries over the past decade.

According to new research, one in five properties in the capital has been targetted by burglars since 2009.

Home monitoring system PhoneWatch carried out the study, which found that there is an east-west divide- Dublin was followed on the list by the commuter counties Louth, Kildare and Wicklow.

Kerry had the lowest burglary levels, with the equivalent of just one in every 19 properties burgled, closely followed by Donegal and Mayo. 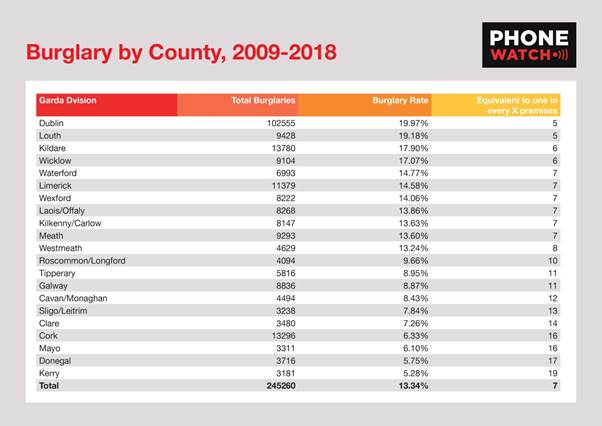 In total, almost a quarter of a million burglaries were recorded in Ireland between January 2009 and December 2018.

But there has been a major decrease for more than two years with massive garda investigations - such as Operation Thor - into burglary gangs across the country.