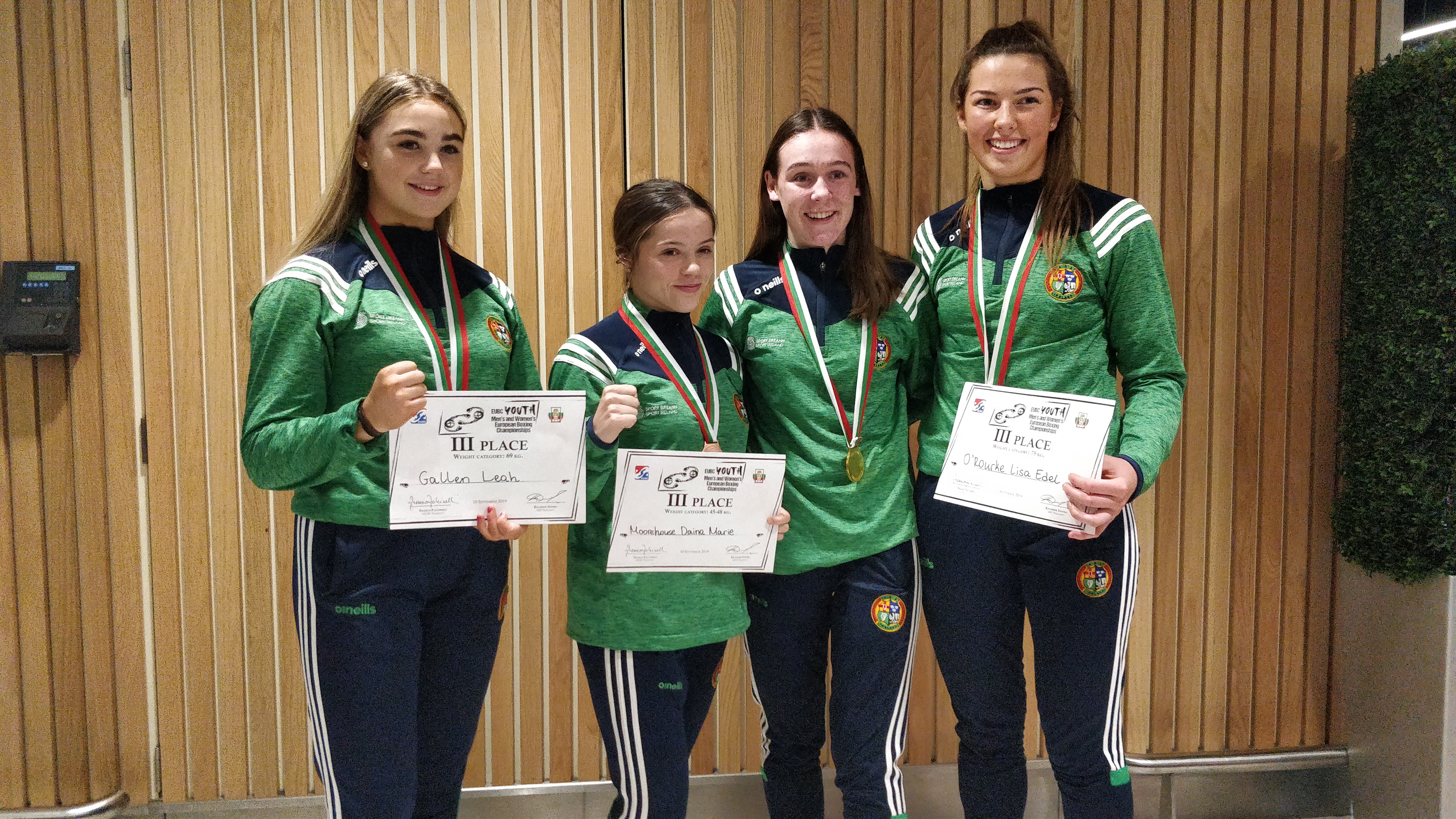 Leah Gallen is back on Irish soil with the bronze medal she won at the European Youth Championships in Bulgaria.

Two wins secured a second medal at a major tournament for the Raphoe fighter. After winning bronze at last years European Juniors she stepped up to welterweight in Sofia and reached the semi finals.

A large crowd gathered at Dublin airport for the Ireland team homecoming.

There for Highland Radio Sport was Cóilín Duffy, Leah told him she is over the moon with her achievement:

Congrats to the @IABABOXING team that came back from the European Youth Championships this evening with four medals en tow #boxing #ireland @HighlandNews @dublinairport @highlandradio pic.twitter.com/7FSeu7GQPT