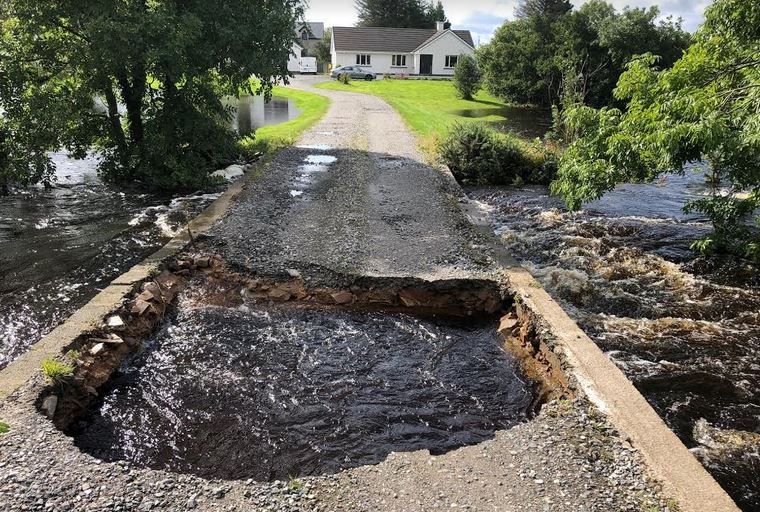 A Donegal Deputy claims the silence from the Government is deafening in its response to recent flooding in West Donegal.

Heavy rain two weeks ago resulted in one road in Min na Loch being temporarily closed as a result of a landslide, while three households were cut off when the River Clady burst its banks in Bunbeg and destroyed a bridge.

In a recent statement, Deputy Pat the Cope Gallagher called on Junior Gaeltacht Minister Sean Kyne to publish a response plan for the recent flooding.

Deputy Gallagher described the government's response as "callous, cold and non-responsive", claiming that West Donegal had not received the same amount of support as other areas of Ireland following floods.

He says this is typical of the government's attitude to West Donegal...........