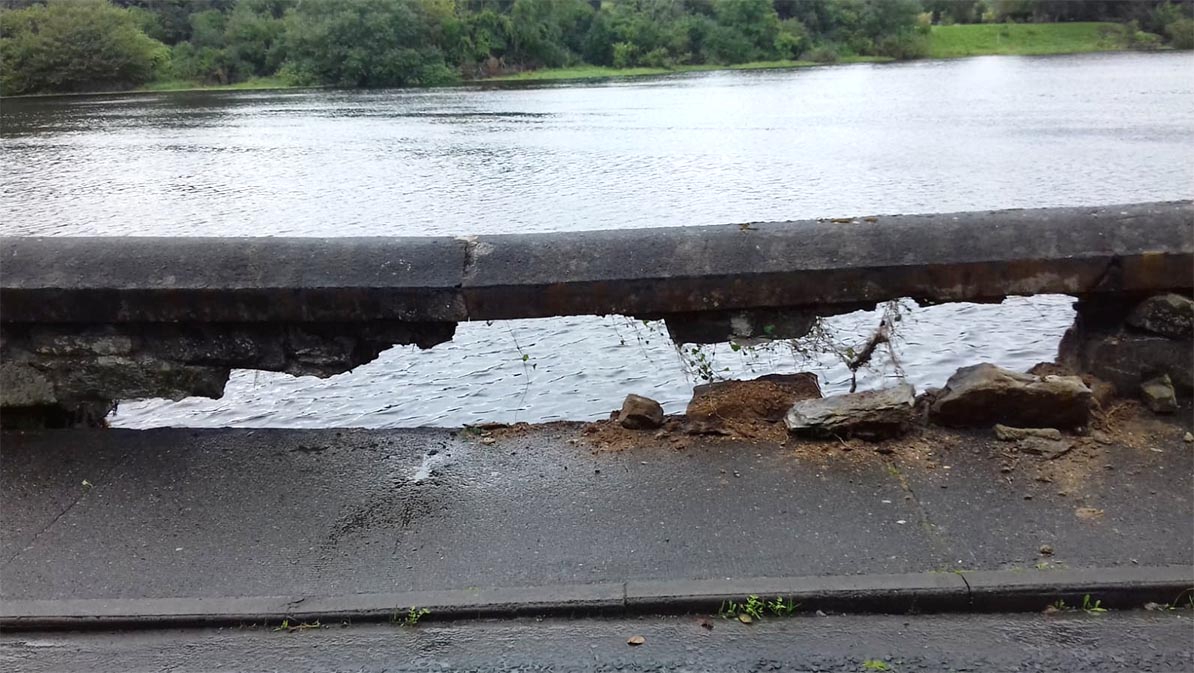 A Donegal Councillor says the collapse of part of the Shore Road wall in Ramelton is evidence of the level of neglect from which Ramelton has suffered in recent years.

Yesterday, an agenda for next week's Municipal District Meeting was published, including a question from Cllr Ian Mc Garvey asking if there has been progress on his previous motion calling for safety works on the wall.

Cllr Mc Garvey says the neglect of Ramelton, and other areas of Donegal, is leading to increased dereliction, and that must be addressed.

He says immediate funding is necessary for repairs, preferably in a way that complements Ramelton's heritage and history: