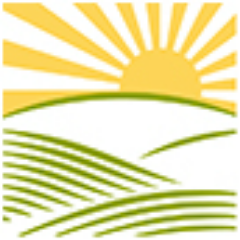 12 meat processing plants have stopped operating and started laying off staff because of the ongoing beef protests.

They're continuing at some sites across the country, despite a number of High Court injunctions being in place.

The Foyle Meats plant in Carrigans is not affected.

Meanwhile, the Irish Natura and Hill Farmers Association has proposed a compromise to help resolve the beef crisis, and is urging Minister Michael Creed to support it in future discussions.

The proposal centres on the payment of a 12 cent bonus for animals which meet four key conditions.

INHFA President Colm O'Donnell says while not all animals comply with all four conditions, many comply with some, so a graded bonus could be paid on that basis.

The Irish Natura & Hill Farmers Association have outlined the compromise proposals they have made to Minister Creed to help resolve the beef crisis. The proposal centres on the payment of 12c bonus for in-spec animals.

The requirement to comply with all four conditions is stated National President Colm O’Donnell “onerous on farmers but it does also provide for an obvious solution that we would hope MII would accept.” This solution stated O’Donnell “involves making a bonus payment of 3c/kg on each condition complied with so a 31 month old animal would still receive a 9c bonus if the other three conditions are met.”

This proposal can stated the INHFA President “deliver a fair compromise and we are now asking Minister Creed to immediately reconvene talks with a view to getting this agreed.”

He concluded by pointing to a precedent that already exists in the organic sector where organic beef animals remain in spec up to 36 months which he stated “totally undermines MII’s argument in relation to the 30 month rule.”

April 19, 2021
A Donegal man has died following a weekend crash in Co Monaghan. Patrick McGinley, who was in his 40s and from the Kilmacrenan area died...