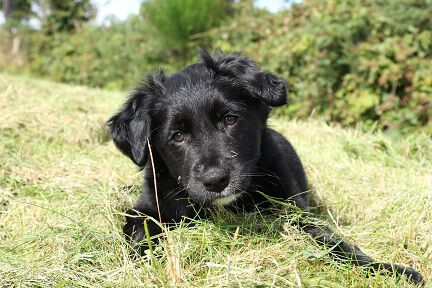 Two newborn puppies abandoned in a cardboard box in Co Longford have been transferred to the Donegal Animal Rehabilitation Centre.

The puppies were discovered along with their four siblings when they were just two or three days old, all six were rushed to a nearby vet, and were later transported to the National Animal Centre.

Since their rescue the pups have had to be hand fed by volunteers.