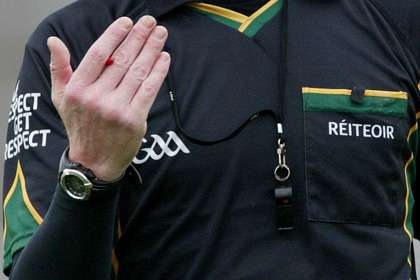 Donegal Referees' Administrator Michelle Bennett has apologised after Sunday's All County League meeting of Gaoth Dobhair and Sean MacCumhaills was called off because there was no referee.

Speaking in this morning's Donegal People's Press - Ms Bennett said the situation was an accident waiting to happen because there is far to much chopping and changing of fixtures by clubs throughout the various divisions.

On this occasion, the referees official said it was her mistake - but she noted that last weekend alone, there were 20 changes to the fixture scheduled from the one she received at the start of the week.

The game at Magheragallon was a last chance for MacCumhaills to avoid relegation from Division One - but as it turned out, with the way results went elsewhere in the division over the weekend, they were relegated.

April 15, 2021
All but one of the Local Electoral Areas in Donegal saw the incidence rate of Covid 19 fall in the two weeks up to...